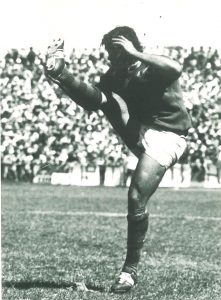 Before one of the greatest crowds to witness a curtain raiser at Lang Park the Wynnum Manly Third Grade side carried off the Brisbane Rugby League Premiership with a 9-2 win over Norths.

This was a typical Grand Final clash with hard, torrid play interspersed with brilliant attack in which no quarter was given or asked for.

Apart from one or two isolated occasions it was a tough gruelling game of calibre that players and supporters like and accept.

In all fairness referee Dougherty kept a firm grip of the game and handed out cautions as the occasions arose.

It was a tribute to the defence of both sides that in 70 minutes of play, only one try was scored and that by John Callus, in the final three minutes of the game for Wynnum Manly.  It was just reward for Callus for only minutes before in a sideline dash he was brought down short of the line.

Callus try was a brilliant effort, but the player that must get the credit for setting it up was Wally Pushkey.  The Wynnum Manly team produced some of their best attacks in the final ten minutes of the match.

Norths staged a grandstand finish, the Wynnum Manly defence was really tested, so much so that the five minutes before the final bell, the Seagulls were forced to save.

Wynnum Manly lead 6-2 at halftime, due to three goals from Pushkey, with Watson kicking a penalty goal for Norths.  Watson failed with three other attempts from areas of the field in which he would expect to convert any other time.

The Callus try sewed up the game and Wynnum Manly gained their second senior premiership after the victory from the Jimmy Lewis coached Colts side in 1969. 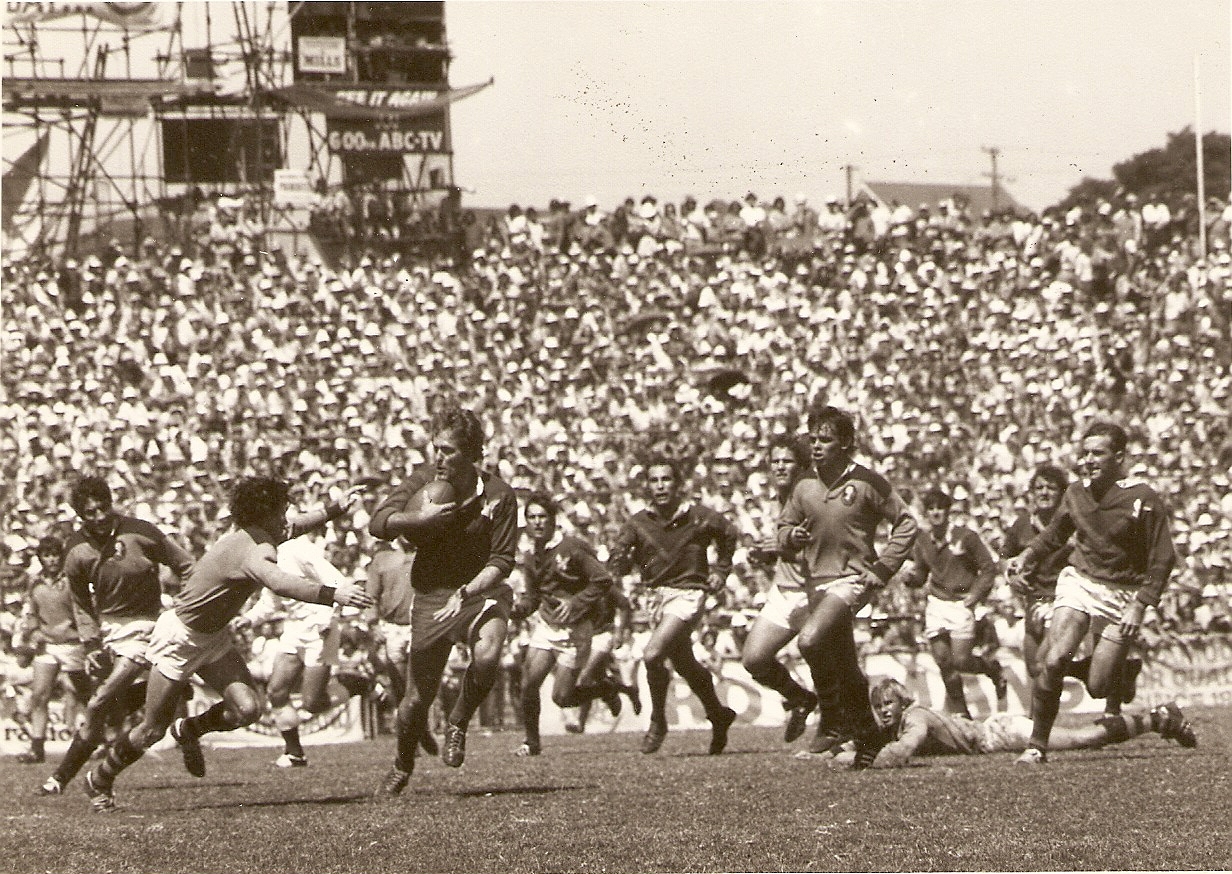 Making a dash upfield with the ball is Wayne James who is about to be tackled by Norths Russell Rubie. Also pictured in this photo for Wynnum Manly from left is John Carroll, George Baldachinno, John McFayden, Mick Nicholson and Ray Moore

Fullback: apart from one error an impeccable display from Bob Patterson.

Three-quarters: John Callus (wing) had two opportunities and scored one try the match sealing try at that.  Aaron Simmers (centre) Had a great game all round.  Ray Moore (centre) a veteran and his experience was invaluable.  Malcolm (wing), he did his homework very well.

Five-eighth: Wally Pushkey, He had the temperament and ability for this big match, great game take a bow Wally.

Lock: John McFadyen: A sound game, he is a player that never let anyone down.

Second-row: George Badalchinno, got through a lot of the rucking, a great show.  Wayne James, Experience told, he was always prominent.

Front-row: Norm Johnston, did the job required without any fuss, Mick Nickelson, outstanding game as busy as a beaver.

Hooker: Max Jensen, won the scrums 17-10, particularly the important ones and made sure Wynnum had their share of the ball.  Also a big tick in defence. 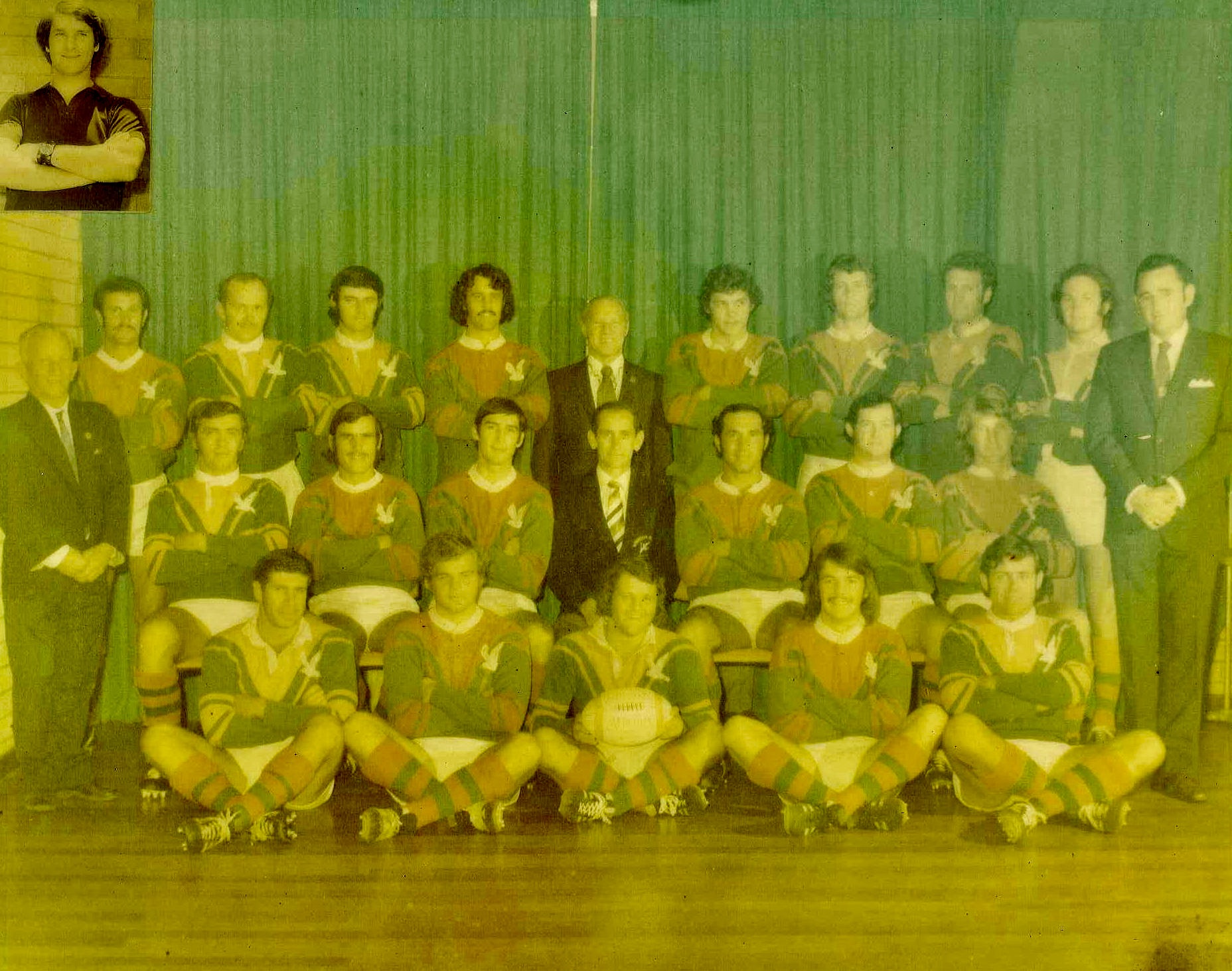