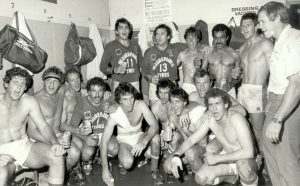 The Wynnum-Manly Seagulls finally took out their maiden first grade premiership with a rousing 17-3 victory over defending champions Souths.  It was probably one of the most emotional grand final victories ever seen, and the Seagulls supporters amongst the sea of red and green in the Lang Park terraces certainly saw a stirring finale to the 1982 season.

In a tight final and in front of a capacity crowd, it was anyone’s match with Souths making raid after raid on the Wynnum-Manly line forcing the Seagulls into desperate defence.  It was only in the closing stages that the Seagulls finally got on top of the Magpies, scoring two tries in the last 8 minutes.  Following the match Souths coach Bob McCarthy would say that his team’s defence was great, but Wynnum’s defence had been magnificent.

For the majority of the match, Souths had territorial advantage, launching waves of attack, only to be desperately repelled by a thin line of red and green defence.

Wynnum-Manly had led 7-3 at the break, and centre Brett French scored the crucial try in the 72nd minute after Souths fullback Ken Spencer fumbled a “bomb”.  At that stage with the rain starting to fall, it was obvious that the next try would win the match.  The long, high “bomb” was hoisted in front of the Magpies’ posts, but the Seagulls’ fans were jolted when Spencer bungled the take and Wynnum-Manly five-eighth Brian Walsh grabbed possession.  The following ruck saw the ball spun from half-back Peter Dawes to centre Gene Miles, back to Walsh, and on to French who calmly placed the ball over the scoreline.

Prop Rod Morris, the hero of Wynnum-Manly’s win, set up the final try 90 seconds from full-time when he made a great break and unloaded to half-back Peter Dawes.

However, it was the 20 minute period  following the half-time break where the Seagulls laid the foundations for their victory. Wynnum-Manly withstood some withering attacking raids right on their tryline.  At one stage, Souths young centre Gary Belcher was pulled down in a last-ditch tackle in front of the posts.  The frustration of the Seagulls’ dogged defence took the sting out of the Magpies from which they never recovered.

The try of the match however, had come in the tenth minute of the match when Seagulls winger Warren Green started a move on the Frank Burke stand side of the ground 20 metres out, ending with a try to opposite winger Terry Butler.  Souths hit back with an excellent try by second-rower Ash Lumby who, on the day, would probably be Souths best player.  Wynnum-Manly coach Des Morris said the win was the most satisfying of his four Brisbane grand final victories – the previous three had been during his time at Easts.

The whole southern bayside went “Wynnum-mad” after the win with president Arthur Lovell estimating a crowd of over 10,000 back at Kougari Oval for celebrations that night 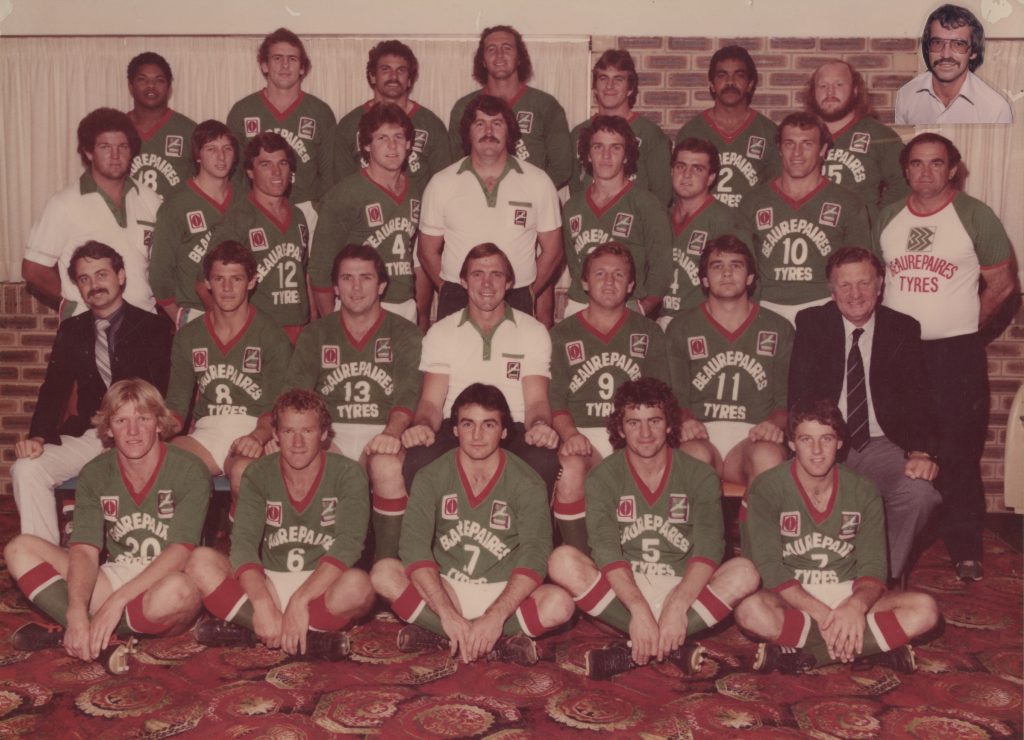