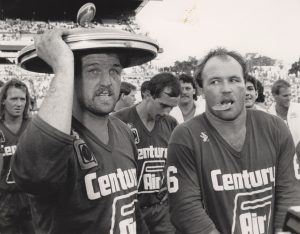 Wynnum Manly players celebrating their Grand Final win with Greg Dowling and Wally Lewis leading the players off the field, behind a crowd of 34,000 people at Lang Park

A Wynnum-Manly team playing in fear of not living up to their immense potential won a demolition derby style of grand final over a courageous Brothers by 14-6. Two desperate Seagulls tries in the last 12 minutes wrenched a long-awaited premiership from Brothers’ grasp, ensuring Wynnum-Manly would not be cast as finals chokers.

After enjoying what he rated as the sweetest moment of his career, Seagulls captain-coach Wally Lewis admitted he had periodically rubbed salt into the still open wound from last years’ grand final loss to Souths during the six weeks leading up to the match. Lewis’ repetitive message to his teammates was that due to the club’s restrictive budget the “all-star” Seagulls outfit would be dismantled during the off-season, and that this would be the last time they would be playing together. He added that the swansong for the era had to be the club’s third premiership in five years.

Brothers ferocious forward defence in the first half rattled the Seagulls, just as Souths did a year ago. The torrid tackling had the effect of weakening the Seagulls’ ruck defence, allowing Brothers to make easy metres up the middle of the field to well inside Wynnum-Manly’s quarter. However, with the aid of a 10-3 penalty count Wynnum-Manly had one for the road by regaining some of the ball control which made them one of Australian league’s outstanding teams of the eighties.

The cool heads of Wynnum-Manly’s internationals won the day, with Lewis and test men Greg Dowling and Gene Miles rucking the ball out of danger in the dying minutes. It was a credit to the Seagulls’ forwards that they managed to come back so defiantly and turn the momentum around.

A Brothers player dislocates his shoulder as Wally Lewis assists, the Brothers runner calls to the sideline for help

In only the fourth tackle of the match, a brawl involving half of the players on the field resulted in referee Eddie Ward issuing a number of cautions. Wynnum-Manly however, drew first blood with fullback Colin Scott landing two penalty goals in the opening nine minutes. In the 24th minute, the Bretheren struck back with a try to five-eighth Peter Gill when the Seagulls lost possession in their own quarter and Gill was able to get inside Miles and step Colin Scott for a 6-4 lead at the break. The score could have been anything with numerous final Brothers’ passes being shut down.

The half-time break along with coach Wally Lewis’ chat allowed the Seagulls the chance to regroup. Without the break they probably wouldn’t have been able to stop Brothers’ momentum.

A second half penalty kicked by Scott had the score at 6-all until Lewis fed Ian French a ball on the Brothers quarter. A two-man tackle knocked the ball loose and Lewis swooped on it to crash over the line in Brothers’ fullback Clinton Mohr’s tackle. Five minutes from time, Green gathered a loose ball from a Darryl Jenner charge and with two defenders being drawn put winger Phil Attel over untouched in the corner.

Brothers lock Dan Stains and prop Steve Carter led in the forwards and for the first time this season the Seagulls pack were on the back foot, but in the end it was Wynnum-Manly’s big match players which paved the way for their victory. 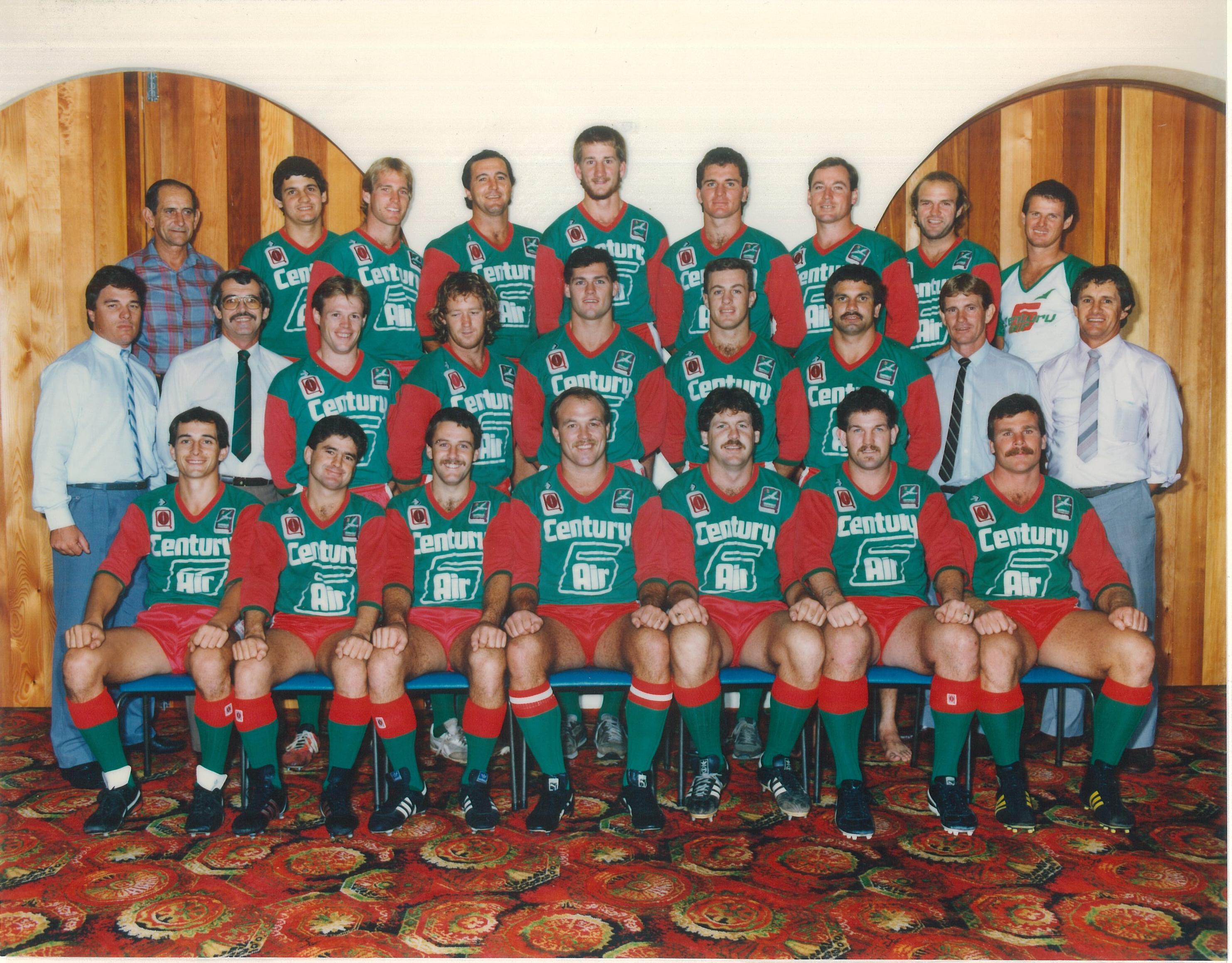