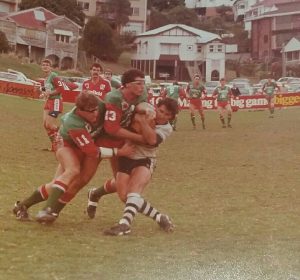 Wynnum Manly ran out winners in the Brisbane Rugby League Under 21’s Grand Final after they defeated Brothers 17-nil.  The game was arguably won by the halftime break, with a Wynnum Manly team littered with future stars of the BRL.

The game started with a large amount of dropped ball due to the bruising defence from both sides.  When things settled after the opening ten minutes Wynnum clicked into gear and it wasn’t too long before Greg Street busted the defence wide open from the halfway line, breaking through several tackles to send Rory Ruhanan over in the left hand corner.  Greg Burke failed with his conversion, which happened to look like it went inside the post and the score was 4-0 in favour of Wynnum.

Darren Whipps and Ruhanan had the backline humming and with a strong performance from the Wynnum forward pack, enabled both players to run riot in the first half.

Wynnum were in again for their second try in the space of three minutes when man of the match Darren Whipps put fullback Steven Smith through a gap, throwing the final pass to Noel Tierney who scored beside the posts.  Burke made no mistake with the conversion and the score was 10-nil with the Seagulls playing all over their opposition.  The game then swung from one side of the field to the other, with some free flowing football which was great for the large crowd that gathered.

Then the try of the match was scored in the 26th minute, when Darren Whipps scored a wonderful individual try beating six defenders on his way to the line and scoring under the posts.  Burke was successful with the kick and Wynnum had a commanding 16-nil lead which they took into the halftime break.  Steven Douglas was replaced by Tony Coyle just on halftime.

The second half was a tryless affair, with the only points added was thanks to a long range field goal from 35 metres out by halfback Rory Ruhanan.  With twenty minutes to go, coach Lionel Morgan knew that defence would now be the key and started to introduce some fresh legs into the field, with Joe Schweitzer and Robbie Martin being brought onto the field as replacements for Greg Burke and Lance Belford respectively. 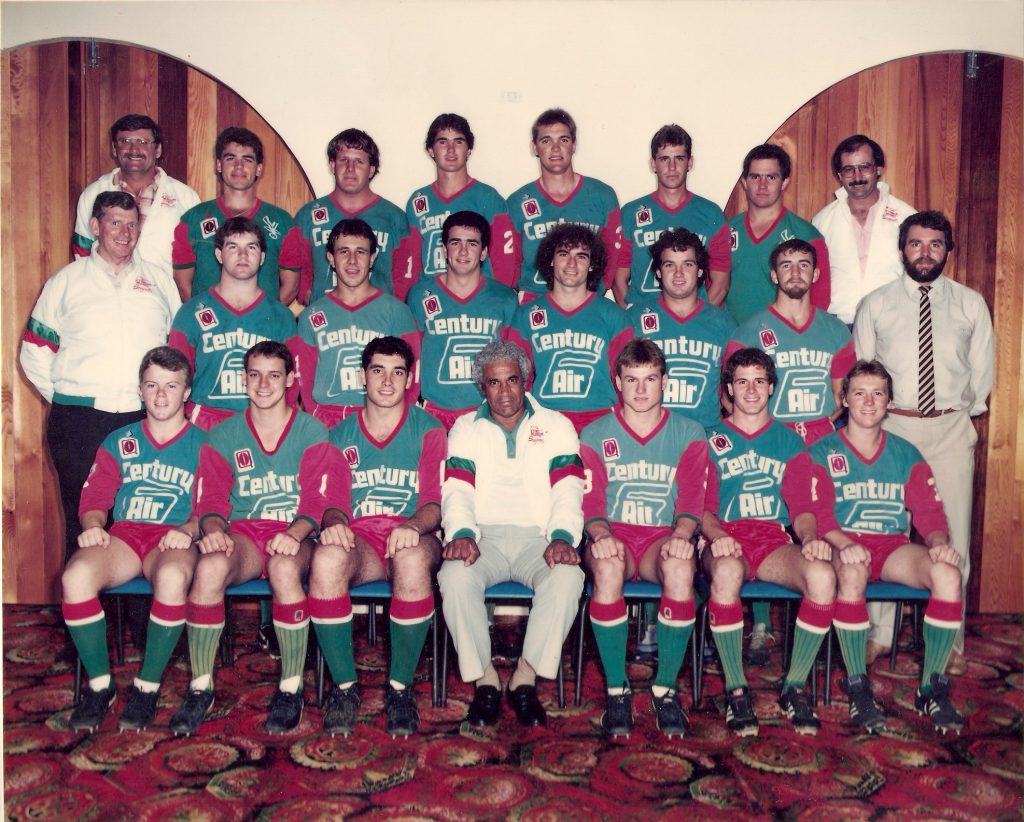