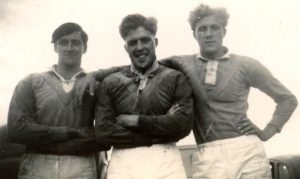 Ron Cross, Les and Bob Greenhill prepare to go into battle in the Grand Final

Yesterday’s much-boomed under 20 final in Junior Rugby League failed to reach any great heights.  After a somewhat ragged display, Wynnum-Manly downed Easts by 10 points to three.

From the outset, Easts attacked strongly, and they took the lead when Kevin Yet Foy scored a spectacular try.  From a ruck, Holland gave to Yet Foy on the blind side, and the little half passed to the strong-running Morrison.  Back came the in-pass with copybook precision, and Yet Foy grounded.

Wynnum-Manly reversed the position when Cohen broke through a ruck and scored, handily enough for Davies to goal.

The seasiders turned on the pressure in the second half, and Dave Johnson figured in many attacking moves, which went close to scoring.  From one such burst, Thomas scored, and sent his side to a 10-3 lead.

Yet Foy, the Eastern captain, was really good on the day, and turned in what was easily his best display for the season.  He outplayed Batchelor, his crack Wynnum opponent, and scotched many possible scoring efforts with exceptional cover defence.

The Wynnum-Manly team thoroughly deserved its win and its consistently high standard of play for the season promises well for that district’s senior team of 1953. 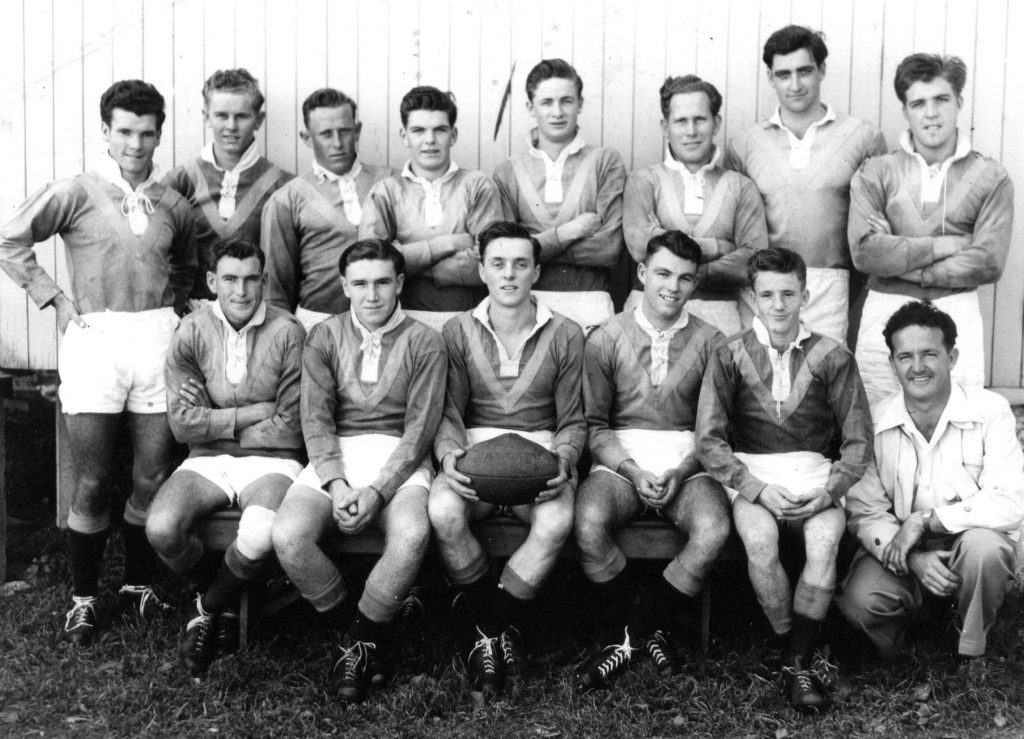