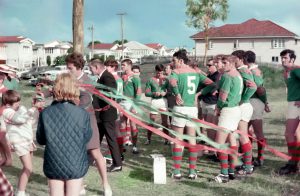 The Wynnum Manly Colts rounded off a brilliant season by defeating Souths 8-6 to win the 1969 Colts Grand Final.

For the coach Jimmy Lewis, captain Terry Andrews and all the lads who have played in the team during the season, goes the congratulations of the entire Wynnum Manly district.

As was expected this game turned out to be the toughest of the season and the locals won it virtue of their rugged defence.  The only points scored were from penalties or field goals, which in itself is a tribute to both teams.

Fifteen minutes into the second half, Terry Andrews kicked his second field goal to give Wynnum a 8-6 lead and for the remaining 25 minutes Souths tried desprately to bridge the gap but to no avail.  Three times during this half Souths appeared certain to score but only for some great defence by fuulback Roy Nunn stopped the moves within inches of the tryline. 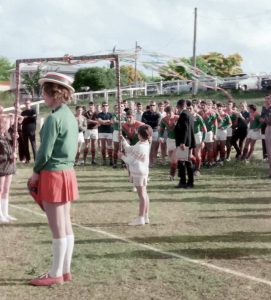 The game was a personal triumph for many of the Colts players and in particular for hooker Max Jensen who required Ambulance attention on more than one occasion.  Although injured he continued to play until he was finally carried off from the field with concussion.  As the final whistle eventually blew to mark Wynnum Manly’s victory, Max was on his way to hospital but I’ll bet his first question when he came to was “Did we win?”

The best of a great bunch were Pat Emmert and Les Salter who both made some bright attacking runs and tackled like demons.

The Kiwi nominations for the most improved player of the season goes to Les Salter who won the Dandy Ham for his efforts.  It was also great to see a section of the ‘Seagulls’ turn up for this game to cheer the boys on to a victory and this appearence plus a sizable supporter group must have given the team the added incentive to win.

The record of this team ias worthy of a spot in the BRL records.  Undefeated in 17 games with only one try scored against them, for a total of 277 points for and 55 points against.  Of these points captain Terry Andrews finished with 119 points. 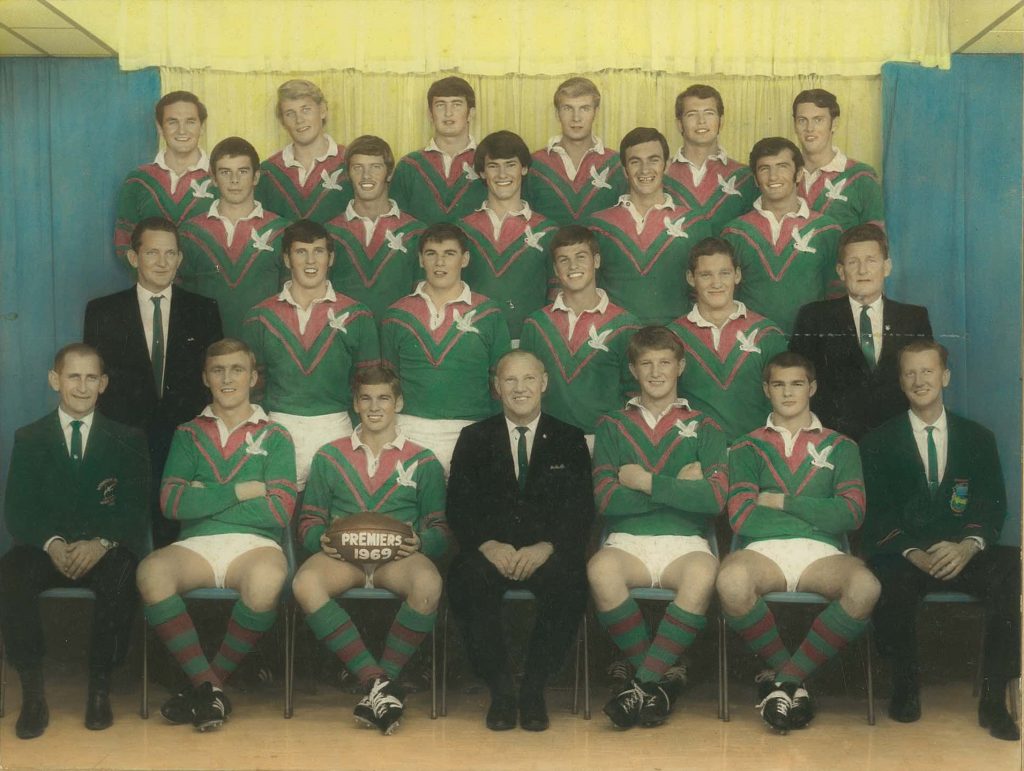