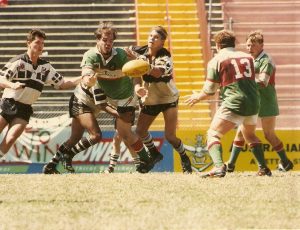 Wynnum Seagulls claimed their first premiership of the day in 1995, when the Under 21’s staged a late try to defeat Souths 12-10 in the Grand Final at Lang Park.

The first half featured even possesion and solid defence from both sides.  Souths forged ahead 10-6 after an intercept by Souths centre Reinhard Gmeinder.  Unforced errors from Wynnum allowed Souths to put pressure on the Seagulls line, but Wynnum also displayed some crushing defence to contain the Magpies.

With four minutes remaining a Seagulls bomb went begging and the Baysiders looked in trouble.  The bomb went up again with just two minutes left and Wynnum crossed and converted for the match winning try.  Shannon Grimley kicked the pressure goal and the Seagulls had claimed victory.

Coach Jim McMullen was impressed with his sides tenacity.  “They just stuck to their guns, they just handled the pressure and saved it up,” he said.  McMullen praised the performances of front rowers Steven Brown and Matthew Smetheran. 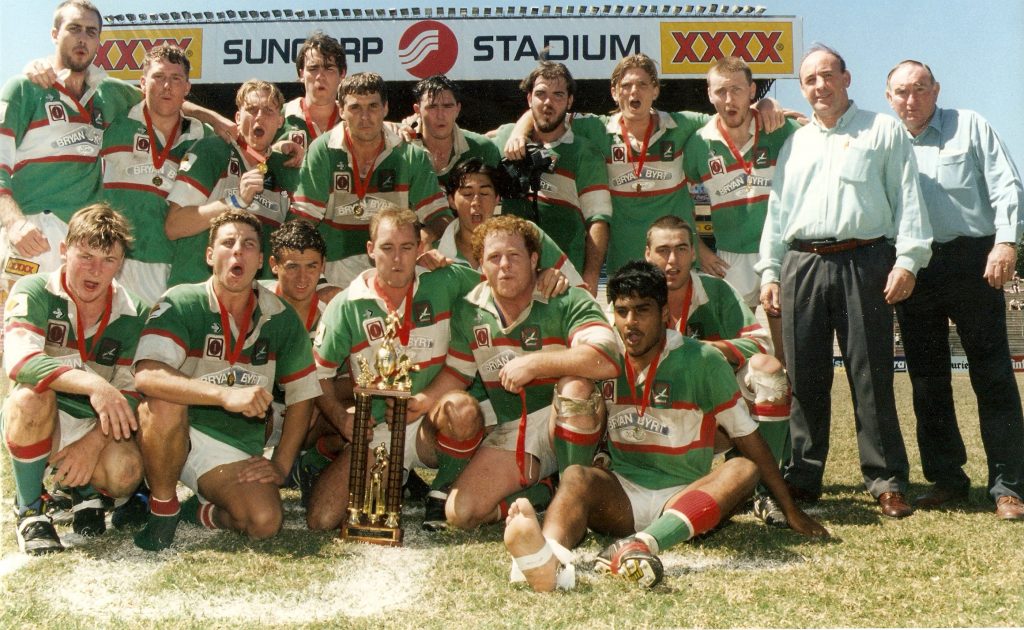