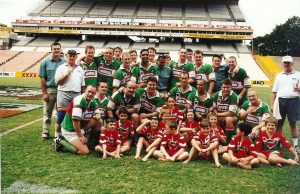 Wynnum’s A Grade Rugby League coach Greg Manthey couldn’t have asked for a better end to his time at the helm.

Manthey, who recently announced his retirement from the job, finished on a high on Saturday when his side took out the XXXX Cup at Lang Park.

The Seagulls won by just two points over the Norths Devils in a topsy-turvy grand final.  The final score was 24-22.

Wynnum chief executive officer Graham Smith said, “The side had learnt from last year’s mistakes.”  “They were minor premiers last year but lost both finals” he said.  “They learnt from that and turned things around.” 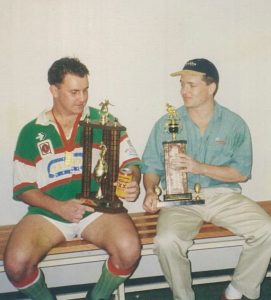 Glen Polson and Scott Moffat share the spoils after the match

Wynnum Manly began the grand final confidently, leaping to and 8-nil lead in the early stages.  But Norths fought back, tying things up at 10-10 and then edging ahead 16-10 lead just before halftime.

The Seagulls clawed their way back into the game after the main break, pulling the margin back to just two points and then taking the lead.  They then held off a defiant and attacking Norths combination in the dying stages to maintain a two-point advantage.

“The defence held the key again,” Smith said.  “They were under pressure right until the final bell.  Norths kept attacking their line, but our boys dug deep and hung in there.”

“In the end Dunshea kicking proved the difference,” Smith said.  “It was one of his best games of the season.” 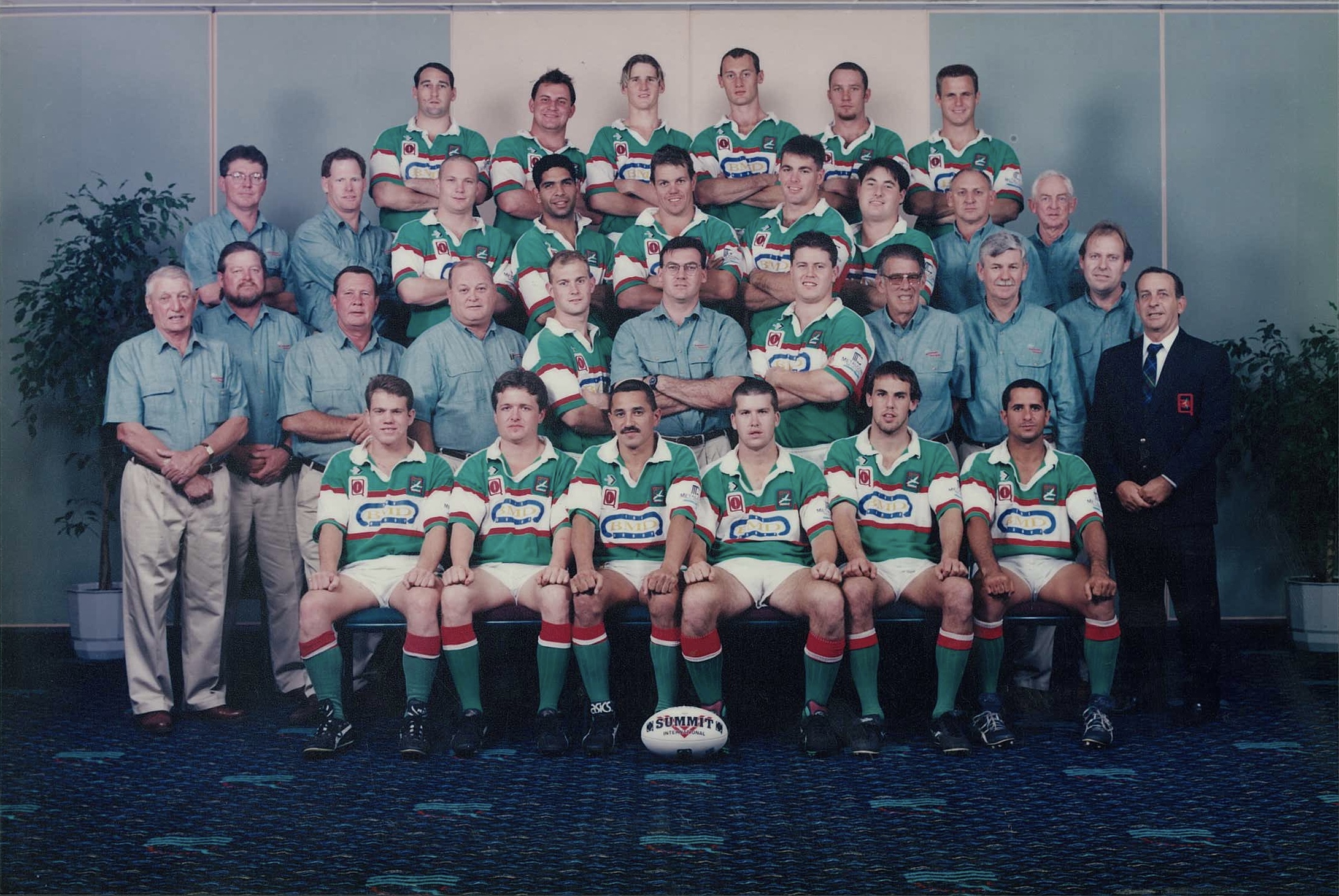